Austrian pianists Johanna Gröbner and Veronika Trisko have been collaborating as a piano duo since 1996.

Johanna Gröbner and Veronika Trisko received vital artistic impulses in master classes with P. Badura-Skoda, A. Delle-Vigne, C. Vickers and M. Fernandes, as well as the duo Tal & Groethuysen. They won scholarships from the company Bösendorfer.

In 2019 the two pianists were finalists of the ARD Competition in Munich in the piano duo category, in the final round they performed with the Symphonieorchester des Bayerischen Rundfunks under Christoph Poppen. The duo won a special award for best interpretation of the commissioned piece.

Their music career further encompasses collaborations with the Chorus sine Nomine under Johannes Hiemetsberger, the Singverein Wien, members of the Vienna Philharmic Orchestra and the Wiener Symphoniker, and renowned orchestras such as the ORF Radio-Symphonieorchester Wien, the Symphonieorchester des Bayerischen Rundfunks, the Münchner Rundfunkorchester, and the Orchestra Nazionale della RAI under conductors such as Pascal Rophé, Christoph Poppen, Luca Pfaff a.o. 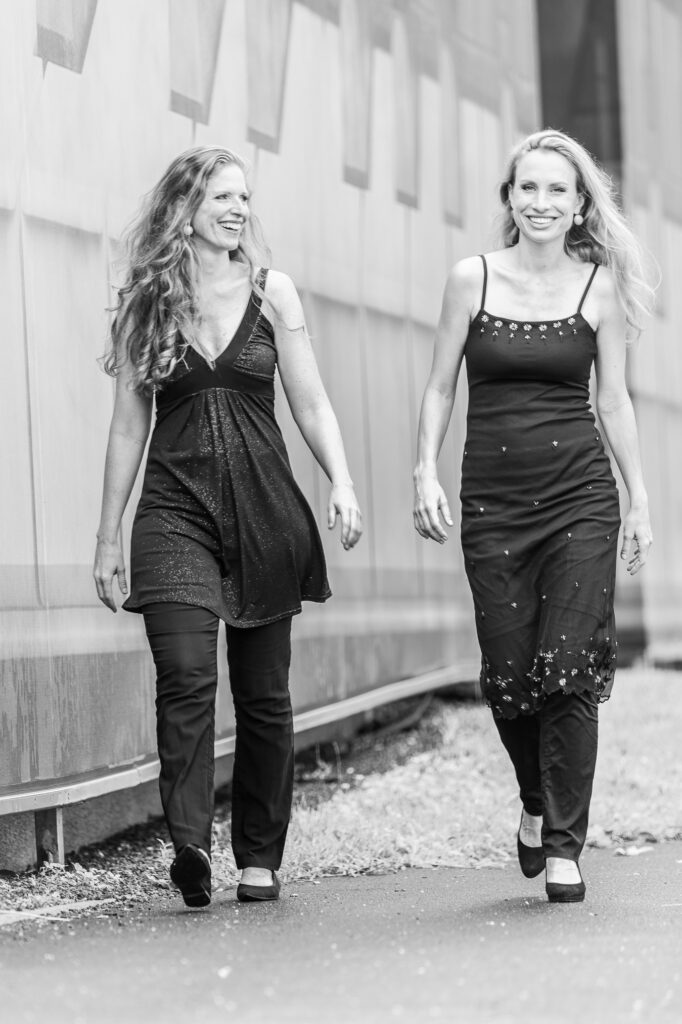 The two pianists began performing from an early age, playing concerts throughout Europe as well as at Carnegie Hall New York, the Auditorio Nacional in Mexico City, the Auditorio Toscanini in Turin, the Rudolfinum Prague, the Gasteig and Herkules Saal in Munich, the Goldener Saal of the Vienna Musikverein a.o.

The Duo Gröbner -Trisko founded the quartet “piano meets percussion” with Flip Philip and Thomas Schindl, both percussionists with the Wiener Symphoniker. Together, they perform music for two pianos and percussion, particularly their own arrangements. They have collaborated on numerous CD recordings, as well as radio- and television productions.

Since 2020 Johanna Gröbner and Veronika Trisko have become members of the renowned international „Bösendorfer artists“ family.